Reward regular season success and increase fan excitement with an Opponent Draft: the 1-seed gets to pick its first-round opponent from any of the bottom-eight seeds. Then the 2-seed picks from among the seven remaining bottom-eight seeds. Then the 3-seed picks. And so on:  the top seven teams would all get to draft their first-round  playoff opponents. 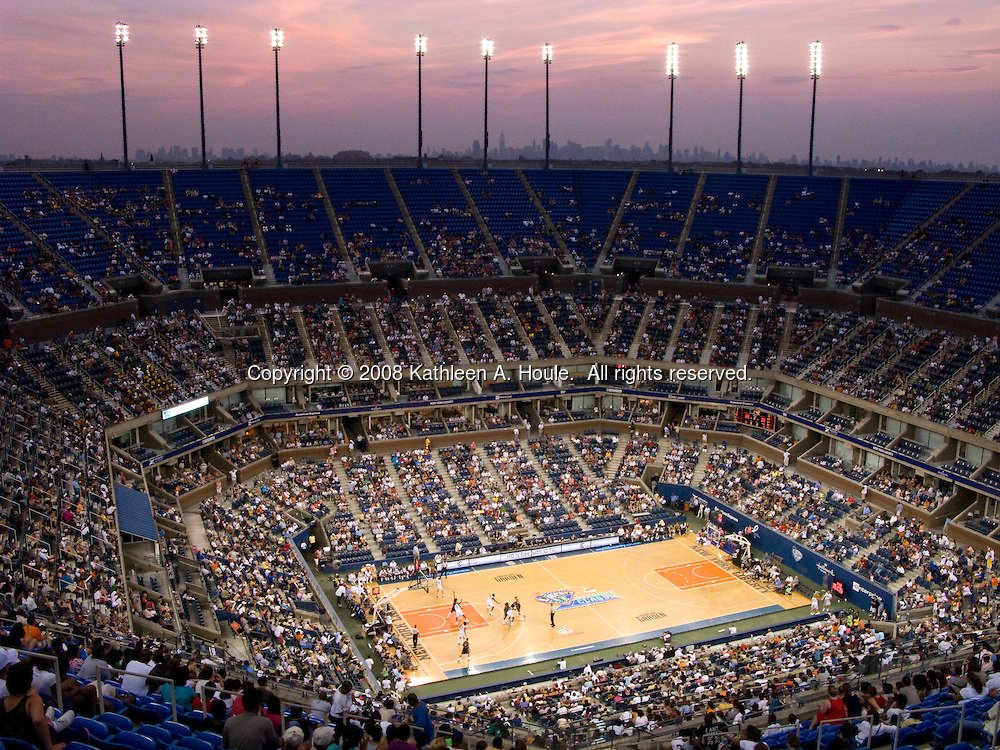 The current outdoor games should continue to be played the way they are, but in addition to them there should be some smaller-scale outdoor games, games in which the stands are actually located next to the rink like they are in indoor arenas. Probably the only venue suitable for such an event would be New York’s 23,770-seat Arthur Asche Stadium, where the US Open tennis tournament is held. While it is probably not big enough to hold a full-sized NHL rink without renovation to the lower bowl, it could host a smaller rink on which to play 3-on-3. I would suggest hosting at least an All-Star Game or exhibition games there. The stadium had a retractable roof put in in 2016, so it can handle any bad weather. Pictured above is the time when the WNBA played a game there in 2008.