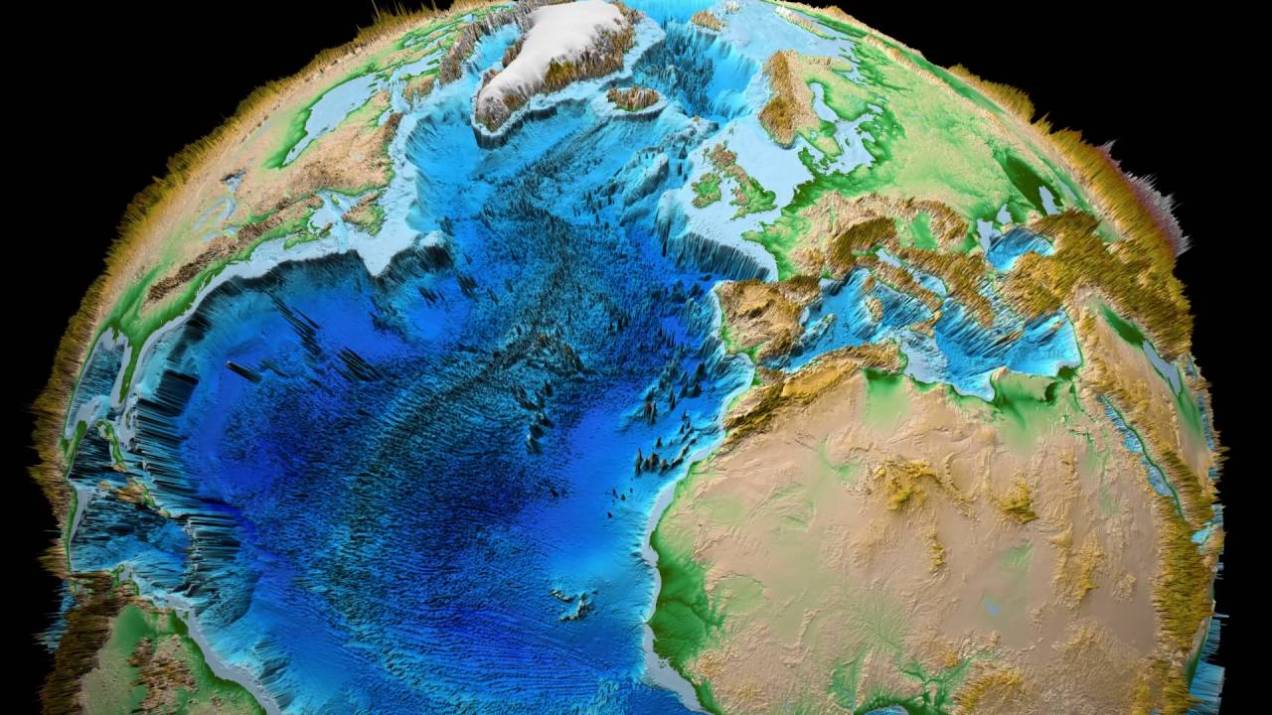 Imagine a map of the world in which land and sea are both drawn in the same colour, so as to be indistinguishable from one another. Imagine also that on this map areas that are inhabited by humans are drawn in a different colour than areas that are relatively uninhabited by humans. Finally, imagine that all of the oceans on this map are greatly shrunk in size, in order to account for the ease of transporting goods by sea, whereas all of the mountainous areas and hilly rainforests on the map are greatly increased in size, in order to account for the difficulty of transportation in such areas.

Such a map might reveal a great desert in the Northern Hemisphere, encompassing most of Asia, the Pacific Ocean, and the western half of North America. Within this great desert there would be a great oasis: Northeast Asia. There would also be many lesser oases, notably California. The Indian Subcontinent would also appear to be a great oasis, between the large deserts of Central Asia and the Indian Ocean, and the smaller deserts in and around Iran and Burma. Still, India would not be as remote an oasis as Northeast Asia.

China, in contrast, would still seem to be in an isolated position. The mountains or hilly rainforests that make up much of the terrain of Southeast Asia and the east coast of India, plus the Tibetan plateau and Himalayas, would now appear to further isolate China from India. China would now also appear to be more internally divided. China’s non-natively-Mandarin-speaking areas along its southeast coast would now seem to be further from the Mandarin areas of the north (since mountainous lands lie between the two).

At the same time, China’s coastal areas would appear to be located closer to the rest of the world (including to the world’s Chinese diaspora, which disproportionately comes from southeast China), since the world’s seas would now appear to be much smaller than before.  Japan, in contrast, would appear more internally unified when looked at using this map, as all of its lands border the sea and so would now seem to be closer to one another.

Of course, this is a very, very rough imagining of the practical realities faced by human economics, based on a number of assumptions that may be wrong, including most importantly on the idea that navigability and habitability are among the most decisive economic and historical factors. Arguably, it helps to explain some key questions – why Europe and Middle Eastern religions spread so widely, why Atlantic and Mediterranean are economies are so large, why China has often struggled with internal regionalism, etc.. Even, however, if we do accept it as a decent model of the world today, it does not tell us how the world might soon change.

If modern technology tweaks the realities of this world-map we have tried to imagine — if, for instance, autonomous vehicles make it far easier to transport bulk cargo in mountainous areas, or in hilly rainforests — that could alter what we might expect the world economy, political or financial, to look like.