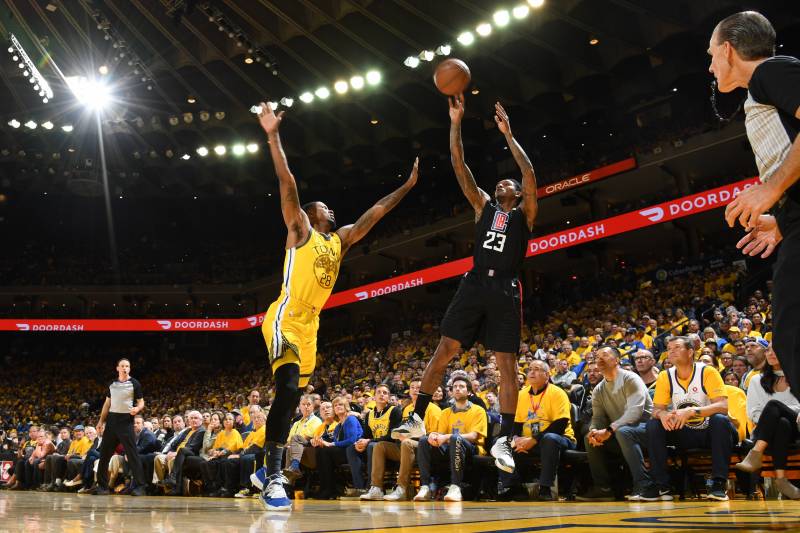 Usually, the goal of a basketball game is to outscore your opponent. There are certain cases, however, where a second goal is also at play: buying time for your best players to get a much-needed rest on the bench during a playoff game.

It would be ideal if, during those few minutes of game-time when these superstars are resting, their backup players would enter the game and consistently outscore their opponents. But that is not the only way a bench lineup might be effective. They could, perhaps, also be effective by simply slowing down the pace of the game, shooting late in the shot clock, grabbing offensive rebounds to reset the shot clock, or drawing fouls that stop the clock altogether.

On teams which have dominant starting lineups and superstars, the merely average lineup might actually be preferable to the above-average lineup, as it would almost never cough up a big lead created by its dominant starters. There is, moreover, the issue of $$: above-average players are in high demand, so they tend to cost a lot of money. Merely average players who excel only at slowing down the game are not in demand, and so might be purchased on the cheap.

Of course, this is not to say that teams should want their bench lineups to be merely average. But it does mean some teams might benefit from targeting certain skills and strategies for their benches: scoring late in the shot clock, offensive rebounding, drawing fouls, defending in such a way as to make opponents shoot later in the shot clock, etc.

This idea raises some interesting thought-experiment questions. For example:

-How much could you increase your offensive rebounding percentage without giving up too many transition opportunities? (The Clippers and Nuggets tried to grab offensive rebounds on an estimated 70% of their shots in these playoffs; the Raptors only on 46% of shots).

-When and how often is it worthwhile to foul in transition to stop the clock? How often would fighting for offensive rebounds lead to a stopped-clock situation as a result of fouling, being fouled, a jump ball, or an out-of-bounds? (Out-of-bounds stoppages on contested rebounds might be ideal, as they are most likely to lead the refs to waste a lot of time looking at the replay to see which team touched the ball last in a crowd under the net).

Obviously, many of the skills that would allow a lineup to excel at slowing the pace of play would overlap with those that make basketball lineups good in general. But the overlap is far from a perfect one. By focusing not just on creating the best possible bench lineup, but also on creating the bench lineup most capable of wasting time, you might be able to free up roster spending in order to land the big fish superstars you need. All your bench has to do then is waste a handful or two of minutes, to let those superstars catch their breath.