One of the most fitting aspects of the phrase “transit deserts” – areas drastically underserved by public transit – is the mirage-like effect you get when, straining your eyes toward the suburban horizon, you trick yourself into thinking that the headlights of an approaching car is actually the bus you desperately want to arrive.

Today, however, as transit apps get more accurate, the era of transit mirages may be nearing an end. You can now simply look at your phone, or in some cases at a television screen at your bus stop, to see when the next bus will arrive.

In many cases, transit apps might also put an end to another desert-like quality of public transit: waiting in uncomfortably cold or hot temperatures. Equipped with accurate information about when the next bus is likely to approach, passengers might have the option of waiting for their bus indoors a short walk away from their bus stop.

This might have significant implications for the public or private sector. The public sector could, perhaps, create transit oases: indoor waiting areas that passengers could enter by using their transit passes to pre-pay their bus fare, or outdoor parkette spaces where people could wait with shade, nice surroundings, picnic tables, etc.* Or the private sector could provide a similar service, maybe combining transit waiting areas with laundromats, convenience stores, cafes, etc.

*[Alternatively, they could have car-sharing cars parked near bus stops, which would double as sheltered bus-waiting areas. That way the cars could also be available for use as “first-mile/last-mile” vehicles, in areas where walking to and from bus stops can be difficult]

Because some transit apps have even begun providing information about how crowded each approaching bus is, having a more comfortable waiting area of this sort could also give passengers the option of waiting a bit longer than they need to, in order to wait for a less crowded bus to arrive. This could be very useful: public buses tend to bunch fairly close together, and the front bus in each grouping tends to be much more crowded than the buses further behind it. With transit apps, people could simply wait to get on a less crowded bus, without taking the risk that the bus further behind will be just as crowded or will not arrive any time soon.

Similarly, transit apps can give passengers real-time information about express buses, which could help allow passengers to let a normal bus go by in order to wait for an express bus approaching after it.

Another common challenge in transit deserts, where waiting times are often long and uncertain, and where bus journeys are often long as well, and often require multiple transfers, and often involve seniors or babies, is the lack of bathrooms at bus stops, and the lack of accessible public bathrooms in general. Transit oases could be a godsend, then, for those who cannot hold their water like a camel. 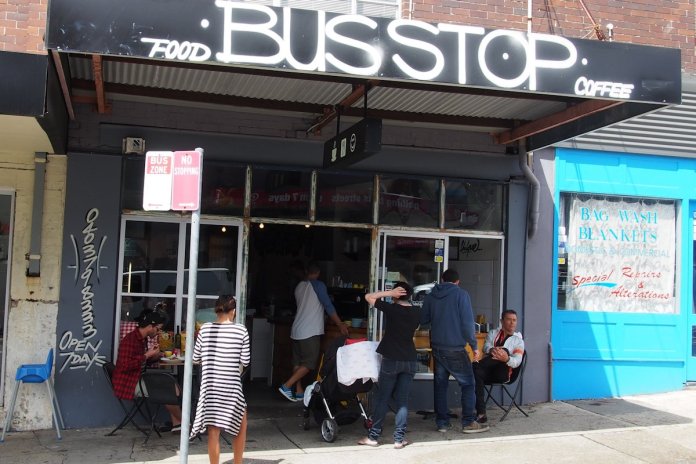